Maritim Hotels is pleased to announce that it plans to open two new hotels in China, in Hangzhou and Hefei

Well located in prosperous cities in Eastern China, both properties will be expertly designed, stunning new-build hotels featuring a distinctive interior inspired by the local culture of the region.

With a portfolio of three well-established hotels in China: Maritim Hotel Shenyang, Maritim Hotel Changzhou and Maritim Hotel Wuhu, the opening of the two new hotels will strengthen the brand’s presence, and complement the facilities and services already available in the country.

Located in the capital and largest city of the ZhejiangProvince, the Maritim Hotel Hangzhou will offer 300 stylish bedrooms and suites, 3 restaurants, vast conference and event facilities and a superb leisure complex, including a swimming pool, SPA and fitness centre.

The property will undoubtedly attract business guests, as the city was originally renowned for its agriculture and textiles industry. It continues to flourish, attracting new industries in recent years including medicine, technology, electronics and food processing and remains an important hub on the East coast. The hotel will also appeal to leisure travellers looking to stay in a city which boasts beautiful natural scenery, including Hangzhou’s WestLake; a popular tourist attraction.

The Maritim Hotel Hefei is located in the capital of AnhuiProvince. With a fast growing metropolitan economy, Hefei is a modern and vibrant city that is home to a wide range of industries and sectors. Once again appealing to a business audience predominantly, the hotel will provide 335 spacious bedrooms and suites, 2 restaurants and a Germen bar, a collection of boardrooms, meeting rooms and conference facilities, as well as a health and wellbeing centre.

Director of international sales at Maritim Hotels, Mark Spivey, commented: “We are pleased to be able to further develop the Maritim brand in China as we prepare to open two new hotels in the country in 2017. ”

“The Chinese market is hugely important to Maritim Hotels. As one of the world’s largest economies and a renowned international business destination, expansion in China is an integral part of the company’s strategy, bringing our ‘meetings and accommodation under one roof’ philosophy to more major cities in this vast country. ”

“In Europe, whilst Chinese visitor numbers were down generally in the first quarter of this year (January to April), we experienced significant growth with 22,000 overnight stays; an increase of 67% compared to last year’s figures for the same period. With trade groups accounting for a large majority of the bookings, followed by leisure travellers, China is the third biggest source market for MARITIM Hotels, particularly since the recent relaxation on rules regarding visas.” 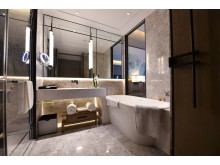 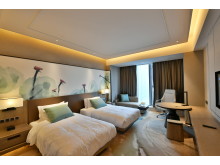