Maritim Hotels has been active in China since 2010. The Maritim Hotel Hefei is the chain’s fourth hotel in China and is located in one of the country’s most vibrant economic areas.

Hefei is the capital of China’s Anhui province and is best-known as a hub for businesses in the science and technology sector. In addition, the entire area is currently enjoying a major economic boom thanks to the automotive, textile, steel and chemical industries based in the region.

“The Maritim Hotel Hefei is a genuine landmark. The view from the 54th floor is breathtaking and our guests are extremely impressed. We are happy and proud that the hotel is now open for business,” says General Manager Richard Anthony Evans.

The magnificent new 238-metre-high building is located in one of Hefei’s business, shopping and entertainment districts. The Maritim Hotel has 335 rooms and suites, ranging in size from 45 to 318 square metres, all equipped with luxurious bathrooms. In a commanding position between the Yangtze and Huai rivers, the building’s unusual Bauhaus design stands out from the crowd.

To make European guests feel at home, one of our five restaurants serves German and international specialities,” explains Evans. After a day spent sightseeing or at a business meeting, where better to relax and unwind than the Executive Lounge on the 49th floor; the largest and highest in the city. “Sipping a delicious cocktail 238 metres up in the rooftop bar while taking in the unparalleled view of the city is a truly incredible experience,” says the well-travelled General Manager.

The hotel’s conference facilities are spread over two floors, offering more than 4,600 square metres of event space including the ‘Peony Grand’ ballroom, one of the largest venues in the city, which combines Chinese charm and high-quality German organisational expertise.

The new Maritim Hotel Hefei also scores highly for its outstanding location, just 15 minutes by taxi to the exhibition centre or train station, and 40 minutes to the closest airport.

“I am delighted that our expansion in China is continuing to meet with success. There is huge potential here and, when planning future developments, we are able to reap the rewards of our years of experience in this exceptional, hugely dynamic market,” explains Dr Monika Gommolla, owner and chairwoman the supervisory board of Maritim Hotels mbH. HMS Hotel Management Services International GmbH, which is owned by the Maritim Group and based in Cologne, is overseeing the international expansion strategy.

Maritim in China – At a glance

700 kilometres north-east of Beijing, the Maritim Hotel Shenyang opened in 2011. Its convenient location 20 kilometres from the airport makes it easy to access from any of China’s big cities. The hotel has 631 rooms and suites, as well as numerous conference and seminar facilities.

To the east of the country and not far from Shanghai, the Maritim Hotel Changzhou became part of the portfolio two years later. It boasts 219 luxuriously appointed rooms and suites. The Maritim Hotels in China are primarily used by Chinese business travellers. 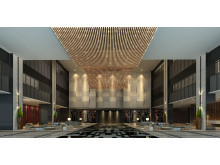 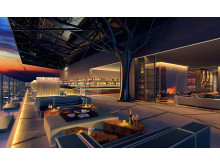